Paul Odu, a double major in Economics (BA) and Constitutional Democracy (BA), was recently recognized as a junior inductee into the Phi Beta Kappa Alpha Chapter of Missouri. Only ten Mizzou juniors are awarded this honor each year, which also carries with it an academic scholarship. Other recent Mizzou Economics junior inductees include Kadie Clark, Matthew Kane, and Gabriel Gassmann. Phi Beta Kappa, founded in 1776, is the nation’s oldest and most prestigious academic honor society, and the Alpha Chapter of Missouri is the oldest in the state and has included Mark Twain, Harry Truman, and George Smith among its members. Congratulations, Paul! 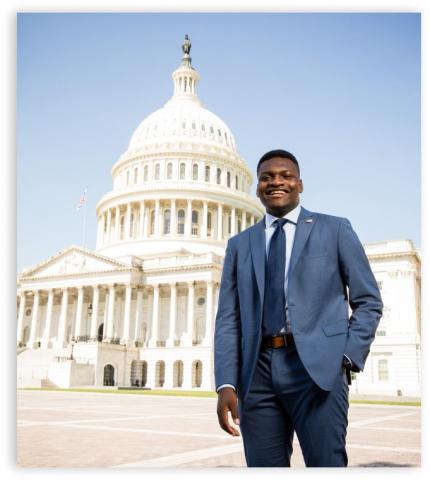