Paul Odu, senior Mizzou economics major, has just been chosen to be one of 20 Key Into Public Service Scholars. Selected from nearly 900 applicants attending Phi Beta Kappa institutions across the nation, the Key into Public Service Scholars hail from 17 states. The students represent a broad range of academic interests across the liberal arts and sciences, backgrounds, and institutions. Each scholar will receive a $5,000 undergraduate scholarship and take part in a convening in late June to provide them with training, mentoring, and reflection on pathways into active citizenship in the tradition of Phi Beta Kappa’s founders.

Paul Odu is graduating from the Honors College and majoring in Economics and Constitutional Democracy with a minor in History. Paul has spent his final year of college in the United Kingdom at Oxford University on a one-year study abroad fellowship, studying British, European, and global history. His academic and public service interests center on the intersection of law, public policy, economic justice, and technology.

He was inducted into Phi Beta Kappa during his junior year of college. Paul is the founder and director of the Missouri Debate Union, an undergraduate debating society based at the University of Missouri. While in college, Paul has served as an economics teaching assistant, an assistant in the University Archives and Special/Rare Books Department, an ambassador for the Honors College, and Vice President of the Ultimate Frisbee Team. He has served as an intern in the U.S. Senate, for the Mayor of Kansas City, and for the non-profit KIPP Foundation.

This summer, he will work as an intern with the Urban-Brookings Tax Policy Center, researching financial equity issues in criminal justice and the usage of federal COVID-19 relief funds. He serves as an associate editor for the Midwestern Citizen, an undergraduate op-ed publication that covers topics in law, policy, and society. He hopes to attend graduate school in the United Kingdom and later pursue a JD in the United States.

Phi Beta Kappa, founded in 1776, is the nation’s oldest and most prestigious academic honor society and an advocate for the value of education in the arts and sciences. The Alpha Chapter of Missouri is the oldest in the state and counts Mark Twain, Harry Truman, and George Smith among its inductees. 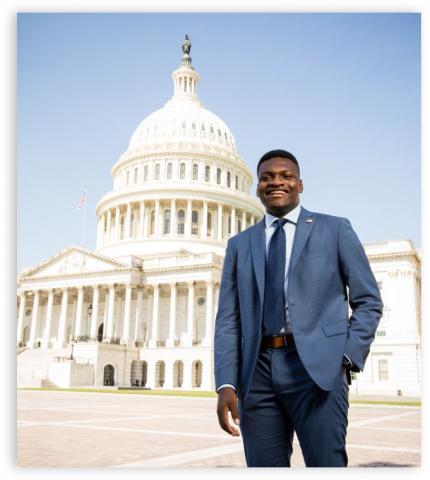